Since Kotar, Katina, and Kasatka were all captured from the same pod*, they were most likely some degree of cousins, if not half-siblings.  This gives an indication of the inbreeding that exists among captive born orcas, further exemplified in the following family tree of live births for the Petting Pool Orcas.  The Petting Pool Orcas and their descendants account for 21 out of SeaWorld's 29 orcas or 72%.

* They were captured the same day by the same boat and crew.  There were other orcas also captured this day, but not all were consigned to SeaWorld.  There appears to be some disagreement about whether Kotar, Katina, and Kasatka were from the same pod, given non-native speakers of Icelandic translating somewhat cryptic records.  Still, given orcas' fission-fusion behavior for dispersing genes across adjacent pods it remains probable that they were relatives in either case. 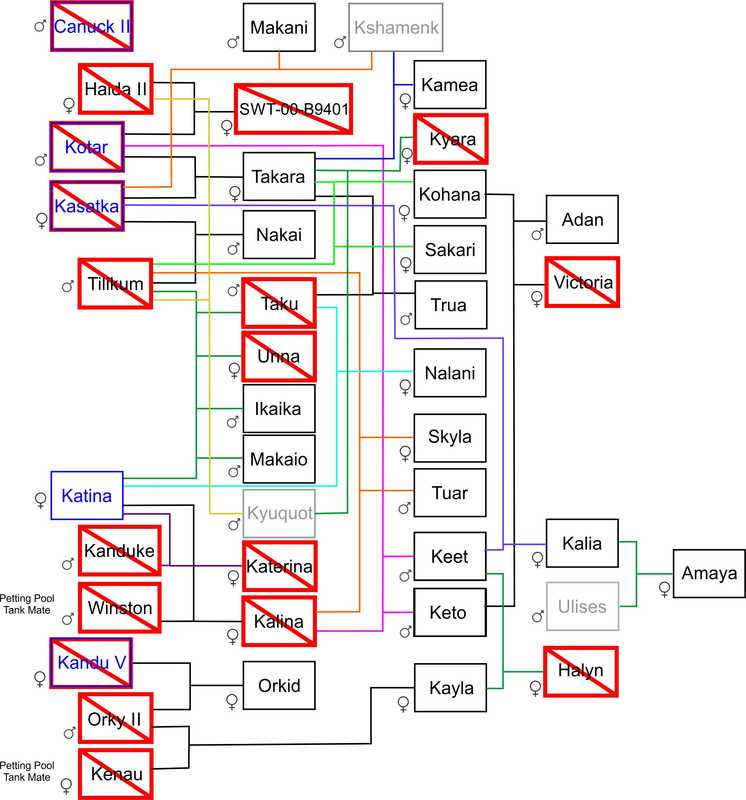