The following are based on the incidents listed by Orca Home:

Orca Home’s list of incidents only states that Kotar had incidents during the "1980’s" and references the following article.  Beyond this, it does list one specific incident.

"SeaWorld’s Most Rewarding and Traumatic Job" by Tim Zimmermann in "Outside Online", 19 August 2014:
There must have been additional incidents, not listed, i.e. "Samantha Berg and Carol Ray Talk BLACKFISH, Working at SeaWorld, Speaking Out after the Death of Dawn Brancheau and SeaWorld’s Questionable Tactics", by Sheila Roberts  in Collider, 17 July 2013. 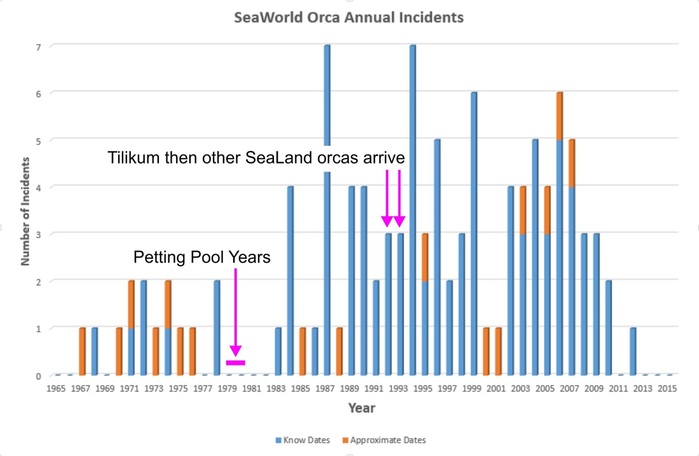 If you read our encounters with Kotar, you will discover that he was friendly, gentle, affectionate, and mischievous during his petting pool days.

The Petting Pool Orcas seem to have become aggressive from around 3 years after starting their lives of full time performing, up to around 7 years after.  Kotar is harder to tell, since only 1 specific date is provided. 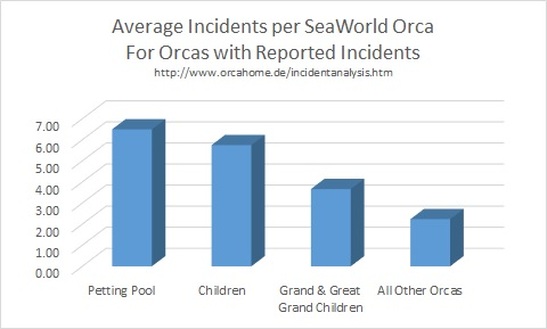 By summing incidents from the table at http://www.orcahome.de/incidentanalysis.htm
for all SeaWorld orcas into the categories on the chart's horizontal axis, a curious fact becomes evident.  The once friendly, gentle, and affectionate petting pool orcas, the orcas who established friendships with non-staff humans and the children of those orcas became SeaWorld's most incident prone orcas, on average. [Keto is counted as a grandchild, since his father, Kotar, died before he was born and he lived at Orlando with his grandmother Katina.]

We leave it to the reader to speculate on cause and effect.

The marked "End of Petting Pool Days" in the graphic are estimates. We don't have exact dates.  Kotar was shipped to Orlando in the first half of 1981, but there is a photo of him on the internet in the petting pool dated 1981. 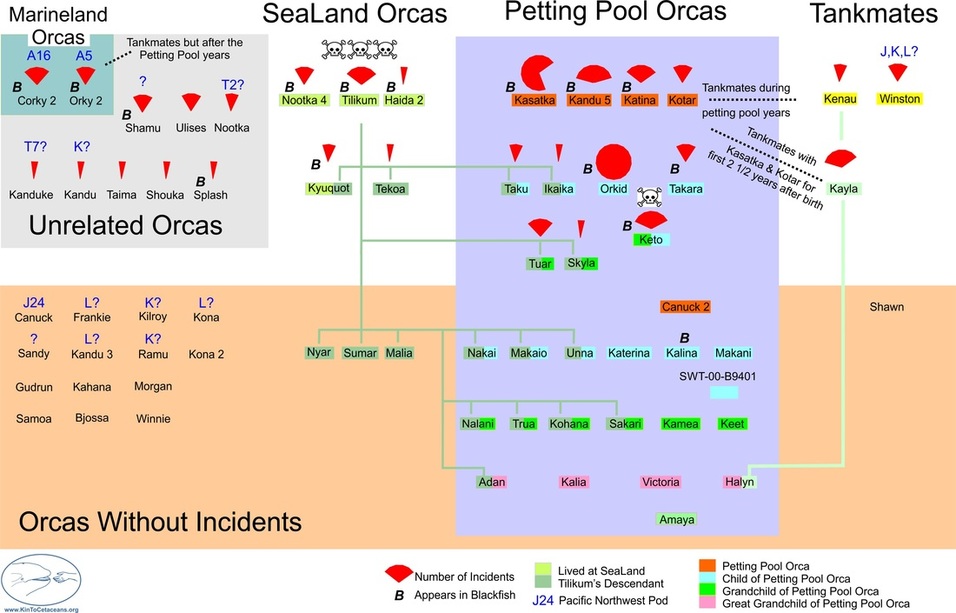